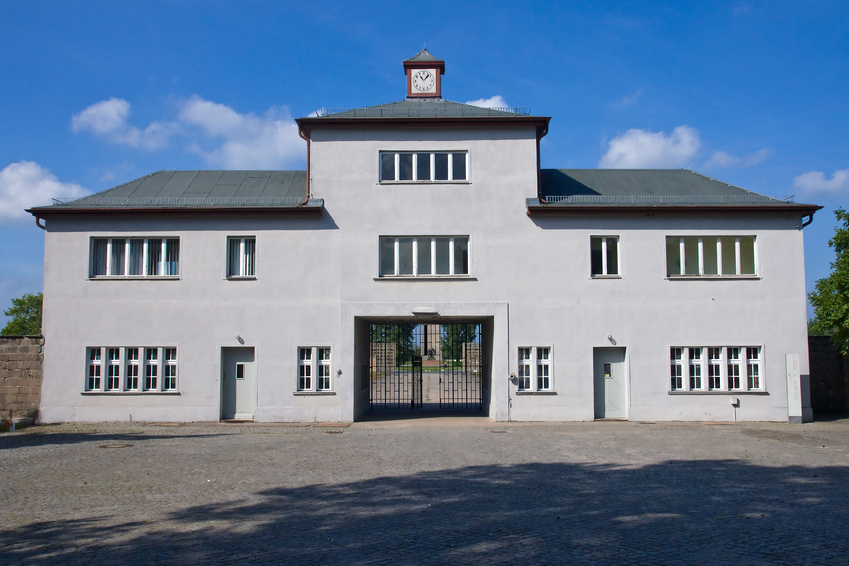 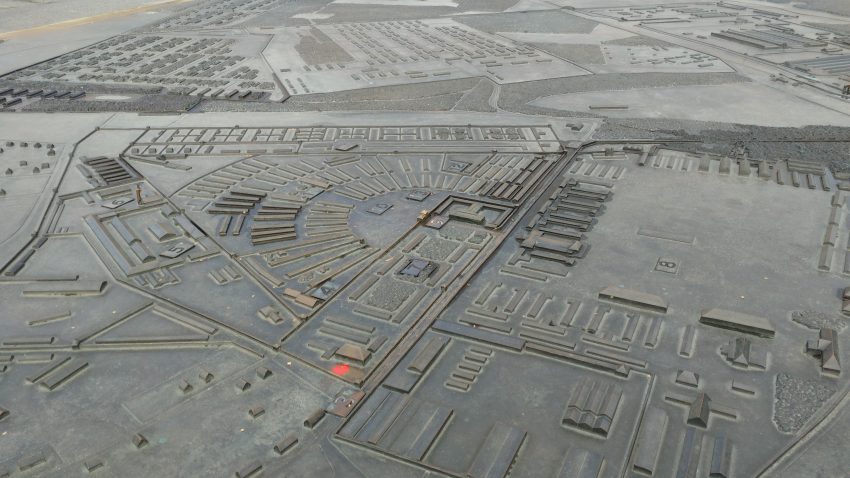 An excursion to Sachsenhausen Concentration Camp is always a gruesome experience. Your private guide will help you find your way around the vast compound and will give you an understanding of its 14 years of operation.

Just as the 1936 Olympics were pompously celebrated in Berlin only a few miles north of the city, the concentration camp “Sachsenhausen” was being erected, with the help of forced labour from another camp. Sachsenhausen was designed as an “ideal” or model camp serving as a training ground for SS-staff to be employed in other camps. At first political adversaries of the Nazi state were incarcerated. Once the totalitarian state was firmly in place the camp was filled with prisoners qualified as “racially inferior”. With the outbreak of WWII POWs and political activists from the occupied countries, especially from Eastern Europe, were incarcerated here. After liberation in 1945, the Soviet NKWD used the premises as a prisoner camp for another five years.

We begin at the main entrance and bookstore, housed in the former arsenal of the camp. Just outside there is a model which will give you an overview of the entire 600 acres complex. Our path leads us down the original camp road through the gate with the infamous motto “Arbeit macht frei” to the extensive roll-call field. On to barrack No. 38 featuring the original furniture and fittings on one side, a museum showing the life and fate of Jewish inmates on the other. See how an arson attack in 1992 was incorporated into the design.

The adjacent so-called cell block, a prison within the prison that was originally used to torture inmates, then served as an isolation tract for prominent prisoners. The former inmates’ kitchen which today houses the central exhibition on the history of the site. As an option a documentary (25 min.) on the development of Sachsenhausen within the political context can be viewed.

The so-called “Station Z”, the last station, a combination of mass murder facilities and the attendant crematorium. The pathology tract, where experiments were conducted on inmates, set right beside the sick bay barracks.

Time allowing there are many more things to see:

The administration building housing the “Inspectorate of the Concentration Camps”.

Up to 100 employees masterminded the decisions taken in the 32 main camps in the German realm.

An exhibition on the use of the premises by the Soviets after 1945.

An exhibition on medical treatment to medical experiments in the camp in the sick bay barracks.

These rates apply to private sightseeing tours conducted in a luxury sedan or van and include 19% VAT, gas, mileage, insurances and guide salary. In case of Sachsenhausen Tours entrance fee also included in price. For the current rates for walking tours or tours by coach, bicycle or boat please enquire with the guide of your choice.