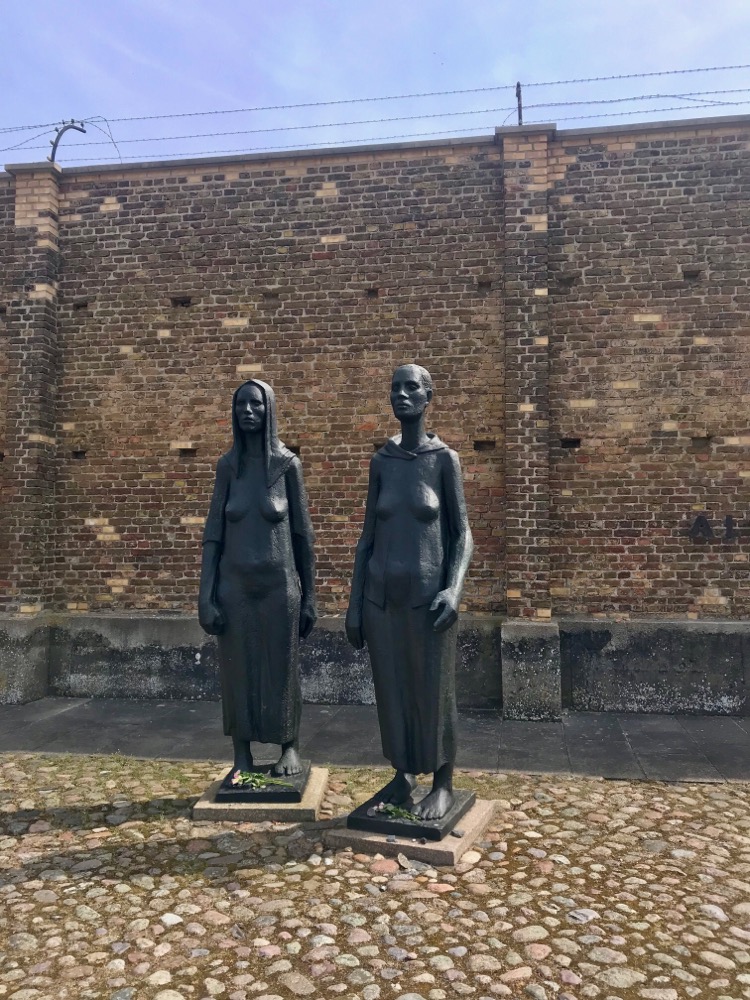 Frequently guests visiting Berlin go to see the nearby Sachsenhausen concentration camp. On one of these tours I was surprised that my guests wanted to visit Ravensbrück concentration camp instead. My first thought was that family members may once have been incarnated there. It turned out though that these guests were following the traces of the inmates described in the book ,Lilac Girls‘ by Martha Hall Kelly. 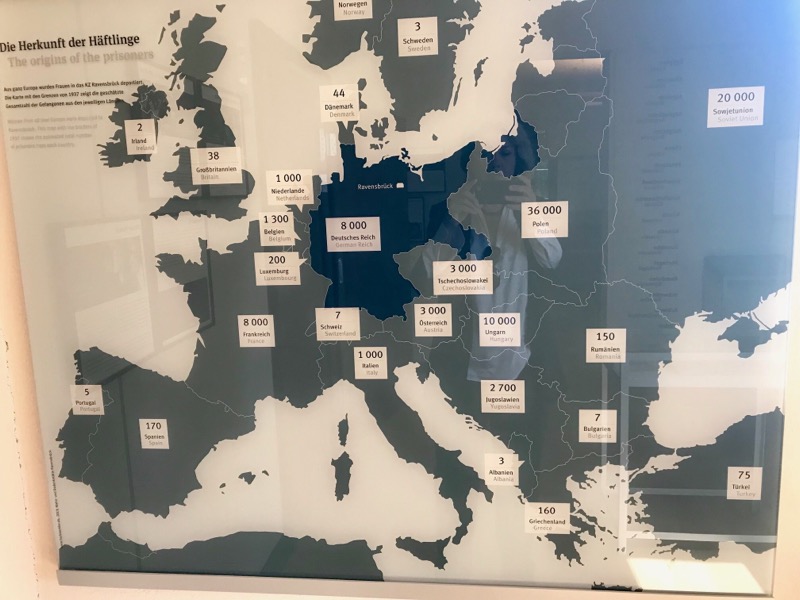 It was a concentration camp from 1939 to 1945. 132,000 women, children and 1,000 juveniles from 40 nations were incarnated here. Some 40,000 of the inmates were Polish women, forming the largest ethnic group. There were some 26,000 Jewish women from different countries. More than 80 percent were considered political prisoners.

During WWII companies like Siemens made use of slave labour from concentration camps. From 1942 to 1945, medical experiments to test the effectiveness of sulfonamides were undertaken in Ravensbrück. 28,000 inmates died or were killed on political, ethnicand religious grounds. Opened as a „protective custody„ camp it became an extermination camp in 1944. The women in Ravensbrück suffered from hunger and stress and were made to do extremely hard work in horrible conditions. For example, they were forced to build the housing complex for their guards. 54,000 women and 17,000 men were compelled to work for the war industry in numerous external camps. They worked up to 62 hours a week, if lucky, with an extra slice of sausage or bread as a reward. 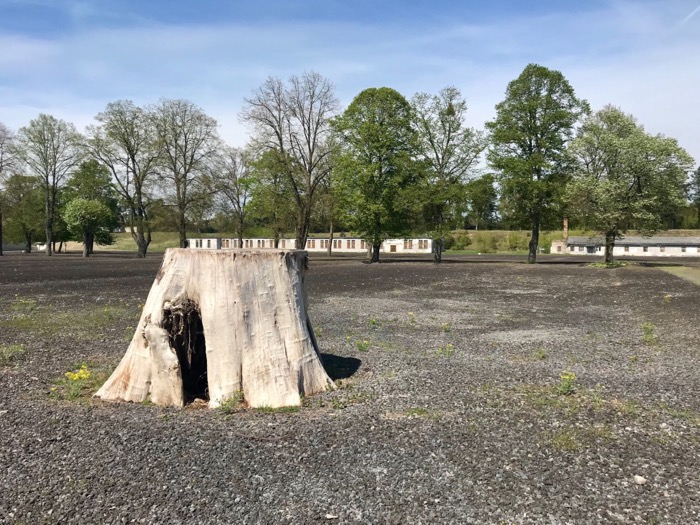 In May 1942 operation Anthropoid was successfully carried out by Czech resistance fighters. Their target was Reinhard Heydrich. This man, at the time the chief of the Protectorate of Bohemia and Moravia and head of the Reich Security Main Office, had, just some months before, lead the Wannsee conference in which the logistics of the so-called Final Solution the Jewish Question were discussed. Heydrich died a few days after the attack, probably from a sepsis that he contracted as a result.

As an act of reprisal, Gestapo and SS destroyed the villages of Lidice and Lezáky, killing most of the male population and incarcerating the women at Ravensbrück. 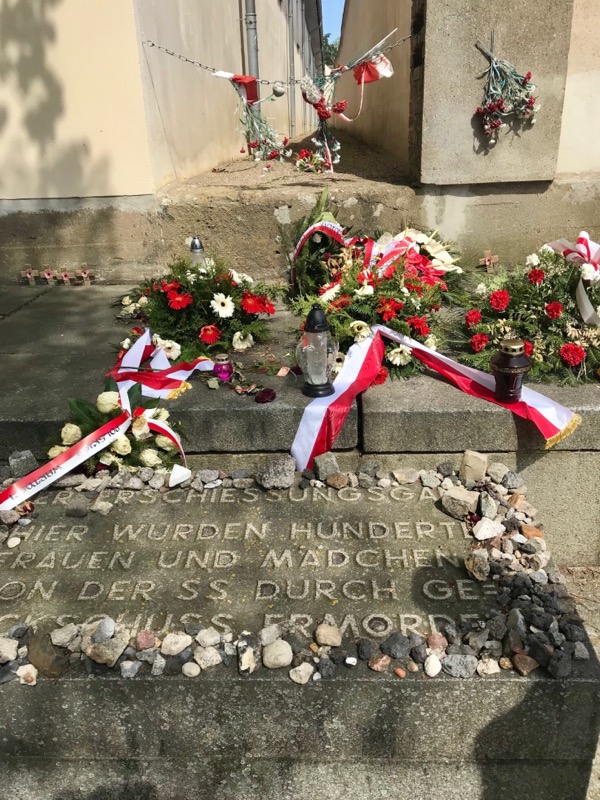 Himmler and Hitler later accused Karl Gebhardt, Himmler’s personal physician who was sent to treat Heydrich, of having failed to use sulfonamides (antibiotics) in the case. To prove to Hitler and Himmler that using sulfonamides would not have helped to save Heydrich‚s life, Gebhardt and others started a series of horrible experiments on 74 Polish women in Ravensbrück. The Nazi doctors implanted material like dirt, glass, metal and bacteria into the perfectly healthy legs of these women and then treated them withsulfonamides. The women suffered horrible pains. Some could only crawl through the camp due to the deliberately induced disabilities. Because of their plight, being used as human guinea pigs they called themselves Króliki, the Polish word for Rabbits. 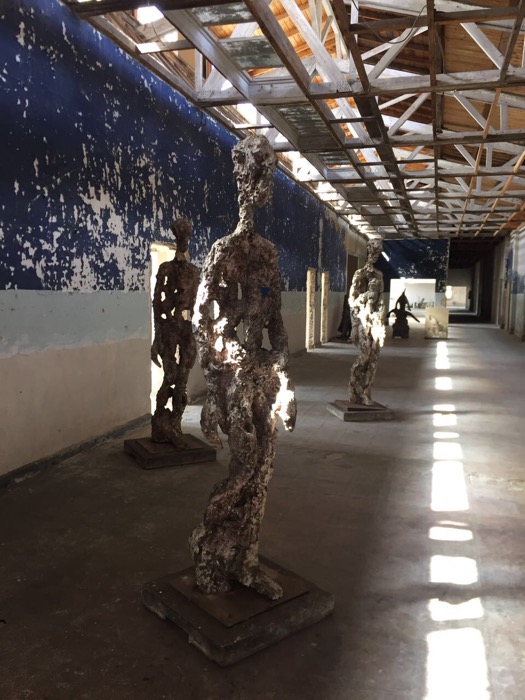 The „Królikis„ who survived, all of whom had suffered unimaginable pains, retained permanent damage to their bodies and souls. Their only hope was that these monstrous crimes would come to light and that the offenders would be punished. The women documented their martyrdom and succeeded in smuggling some records out of the camp. A part of these were buried in a forest near the city of Neubrandenburg during the war. In 1975 these records were found in a glass container. It contained 14 letters and 37 poems from 1943, lists with the names of the women who had been executed and the names of the 74 Polish victims of the pseudo-medical experiments at Ravensbrück. The women who had the courage to report on the cruelties were mostly part of the Polish resistance.

Since 2013 there are a number of exhibitions at the Ravensbrück site. Many objects, reports, documents, photographs and paintings from inmates are on display. 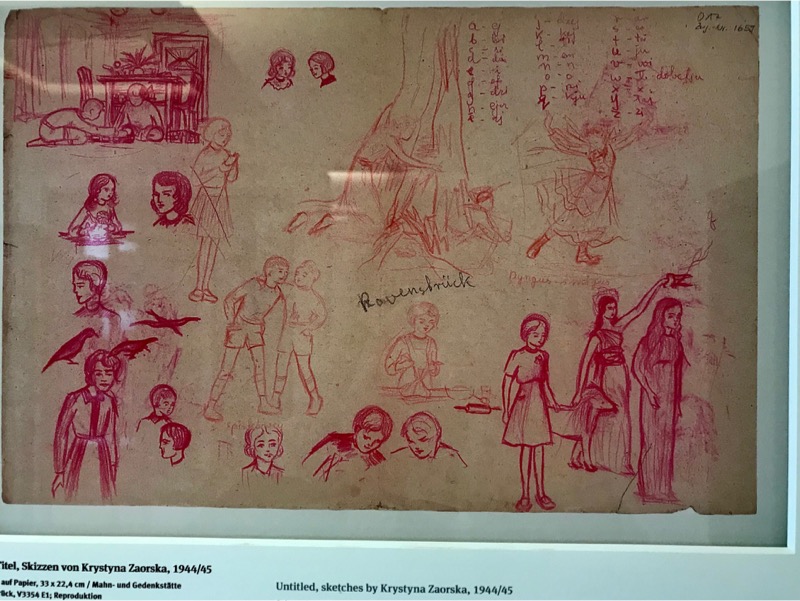 Coming back to the book mentioned earlier, Kelly’s intention was to breathe new life into a forgotten story. She wrote a fictionalized account of the events that took place at Ravensbrück to take the readers to the places that the people involved in the story of the Królikis passed through, and give some insight into what they might have been feeling.

It’s usually a little difficult for me as well as for my guests to take the mind off places like Sachsenhausen or Ravenbrück, once the visit is over. Driving through the beautiful landscape of forests and lakes can help soothe the spirit. There are lovely restaurants like the ‚Fontanehaus‘ an old restaurant on Lake Stechlin. Closer to Berlin there is the Baroque palace of Meseberg, the retreat of the German Chancellor. The historic town of Gransee features a famous monument, the memorial to Louise, a much adored Prussian queen. 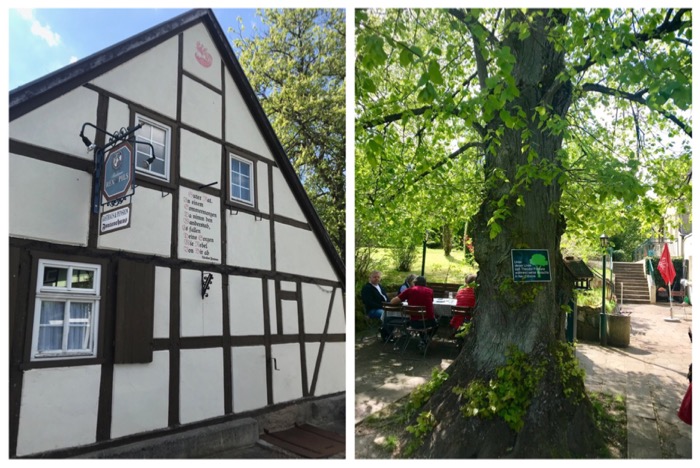 Further on to Berlin, the palace of Sommerswalde, whose architecture is reminiscent of a number of 19th century Berlin buildings is now run by a Buddhist order. Should you prefer a meal to meditation, I recommend the ‚Forsthaus Sommerswalde‘, right next door.