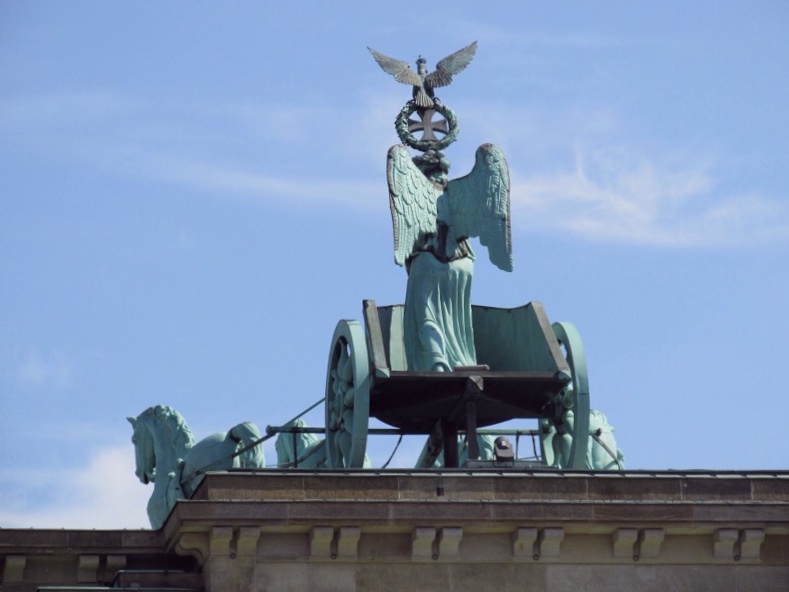 20 years of guiding – has the narrative changed?

I started giving guided tours in Berlin back in 1998. The other day I wondered if the content of the tours, if the stories told have changed over time.

In a fast changing city like Berlin, there are new arrivals all the time. Take the Holocaust memorial (May 2005), the central train station (summer 2006), the Humboldt Forum (due to open next year), to name a few. Just the other day I stumbled across a sculpture by Daniel Libeskind in Siemensstadt (north-west of the city center), erected last year.

But what about the old stuff, the things that have been around for a long time? Well, sometimes I’m forced to correct some erroneous stories I once picked up somewhere that later turned out to be fake news. Here’s an example: In the beginning of my career I relied on guide books as the first source of information. They are usually concise and might contain the odd exciting story. One stated that Hitler had the Quadriga on the Brandenburg Gate turned the other way to express his intention of conquering France. Never happened, the turning I mean. It was a French guide book. This, of course, is a story in itself.

Thereafter, I tried to double check any stories or information I got. Which is not always easy if you do not have the fully fledged research capacity at hand. By and by new stories come in and others fade out. For example, why King Frederick William II wanted to call the Brandenburg Gate the Gate of Peace, how the War of 1812 enhanced the pain of bereavement King Frederick William III was feeling, or how a Prussian prince just might have become the first King of America. Want to know more? Join me on a tour!

The one big benefit of private tours is the one-on-one communication with the guide. More often than not the tour becomes a dialogue that frequently touches on current political affairs. This is where most changes occur over time, simply because the issues change. As far as heads are concerned, not much changing in Germany, we are stuck with the eternal Angela Merkel. But here’s a rundown of the favored topics of the past years: 9/11 – influence of international terrorism; Second Gulf War – non-participation of France and Germany; subprime mortgage/financial crisis – effects on Europe; bailing out of Euro countries in crisis; Crimea annexation – do we feel threatened by Putin, and currently, the refugee/migration crisis in Europe. Count on more coming! – pun intended.

I make sure I never deliberately broach these topics, after all, I have a city and its history to present. Even though on most tours there will be a question here and there, not every tour turns into a political debate. Occasionally however, I do get a little worried my guests will miss out on some of the crucial information on the city’s sites if we linger too long on the general topics of world affairs.

So, at least as far as private tours go, I’ll adapt the hackneyed Heraclitus quote: No guide ever does the same tour twice.

See you on the tour!