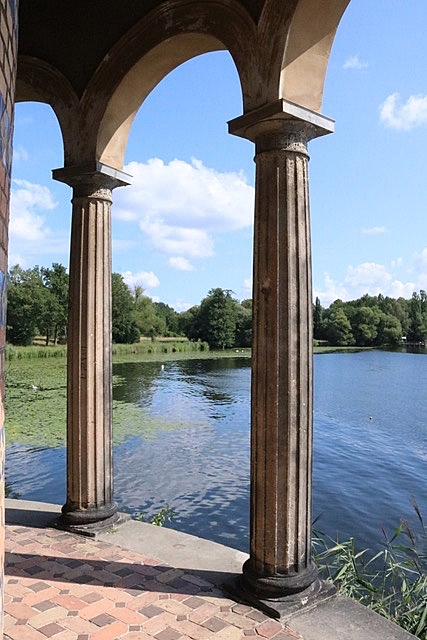 One of the hidden little gems around Berlin and Potsdam is the Church of the Redeemer in Sacrow. Its design was based on drawings by King Friedrich Wilhelm IV of Prussia, who was called „the Romantic on the Throne“. The scenic location at the banks of the river Havel houses an Italian Romanesque architecture with a seperate campanille. Architect Ludwig Persius completed it in 1844. Famous landscape architect Peter Joseph Lenné created spectacular viewing axes cut through forrests, overpassing the large river and several lakes behind, to connect it visually with the royal palaces in Babelsberg, Klein-Glienicke and in Neuer Garten as well as with the old town of Postdam.

Thus its incredibly romantic atmosphere and its quality to offer contemplation was to be found on site and from a distance too with a pair of binoculars. 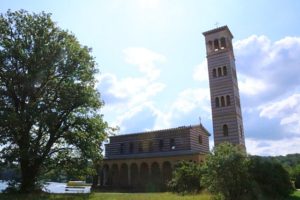 Now the church is classified as UNESCO World Heritage Site, but in the Cold War era it was close to irreversible deterioration. Dramatically situated at the frontier between East-Germany and West- Berlin, the church was closed in 1961 and transformed into an isolated structure in the death strip. The campanille was used as watchtower.

Since the fall of the wall in 1989 the Church of the Redeemer itself is redeemed again…
You can reach it by public transportation in approx. 90 minutes, using U2 subway and busses x34 and 697 or in a comfortable limousine on one of our private tours to Potsdam in picturesque 45 minutes.
Either way, you will enjoy a moment of contemplation! 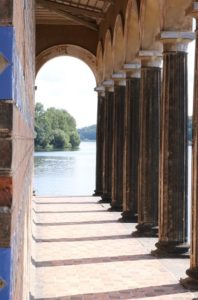 Posted by our Guide 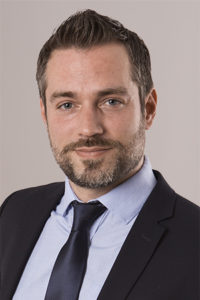