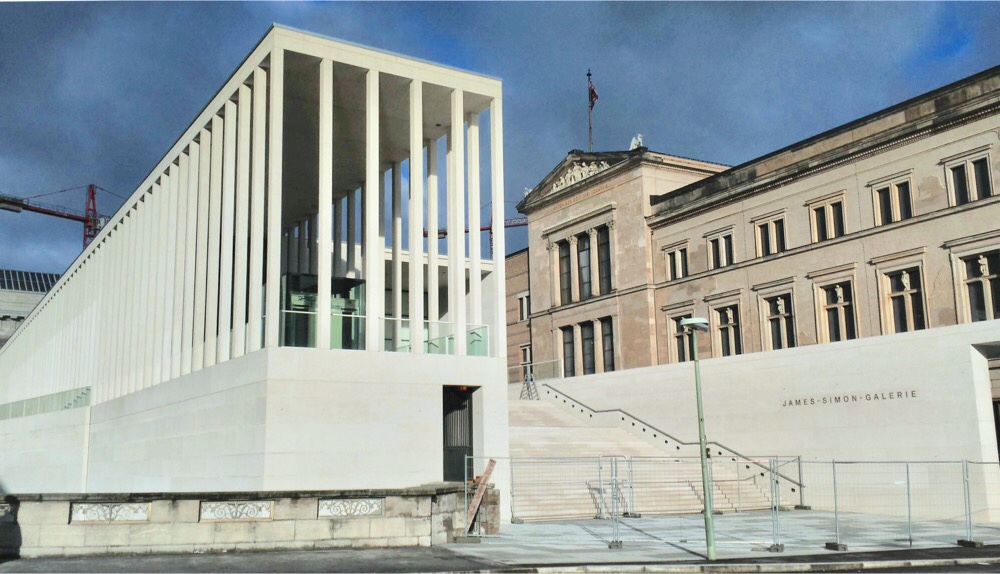 A treasure hidden behind a 134 million € cloak room temple

In December the James-Simon-Gallery was inaugurated on Museum Island after ten years of partly difficult constructions. It is intended to be the central entrance building for all of the five museums on the island, also offering space for temporary exhibitions and another museum shop (surprise, surprise…!).

The final costs sum up to 134 million €, initially planned were (only) 73 million € – Berliners call it already the most expensive cloakroom of the world!

Despite of all that commotion I would like to give attention to a building, which is situated right behind the new James-Simon-Gallery and will be covered by it from now on: The Neues Museum. Housing the Egyptian and the pre- and early historic collection, among its highlights are artifacts like the famous bust of queen Nefertiti (from 1345 BC), one of the oldest canvas paintings of the world – the portrait of Aline ( 9 AD) and the mystic Berlin Gold Hat from the Bronze Age. 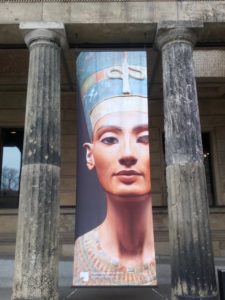 But not only the objects inside are breathtaking, here it is their container too: The museum itself! Built in 1855 but bombarded in 1945 it remained for the next six decades the only ruin on Museum Island. I still remember the morbid charm of a ruin, where treetops finally grew out of its partially missing roof. 1997 British star-architect Chipperfield (the same who developed 20 years later the Lanes-Simon-Gallery) was commissioned to reconstruct the building. He finally realized a concept, juxtaposing present and past: He decided to consolidate and preserve all remaining elements and added necessary new parts in a manner easy to be identified as recently appended. 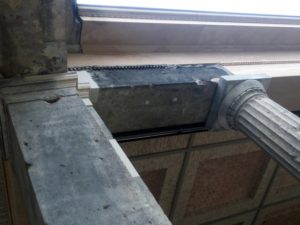 The preservational concept included to safe even the state of destruction: If plaster was lost, old walls consist only of naked brickstones. If only scattered little spots of plaster survived he kept them instead of redoing or removing them completely. The result is kind of a time capsule – a freezed documentation of decay. 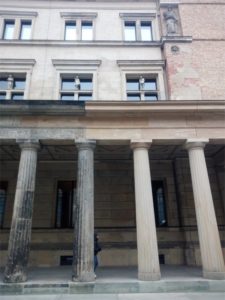 Even the devastation of the inside was maintained. The walls of the Greek courtyard for example are still marked with bullet and shrapnell holes from the final battle. While some of the exhibition rooms were rebuild from scratch in a puristic form, others hold only little traces of the formerly rich wall decoration or few little mosaic pieces on the floor documenting their state of survival.

When the museum was finally reopened in 2009 the storage for ancient artifacts became an artifact itself!

So, dear Museum Island visitor of the future – after entering our new exclusive cloak room temple, go and see Nefertiti and her breathtaking residence!

PS: To avoid uncomfortable waiting queues better book online a time slot for your visit! Tickets cost 12 €. A Museum Island ticket allowing access to the other 4 museums as well cost 18 €. Locking your coats in the James-Simon-Gallery is for free. Have fun!