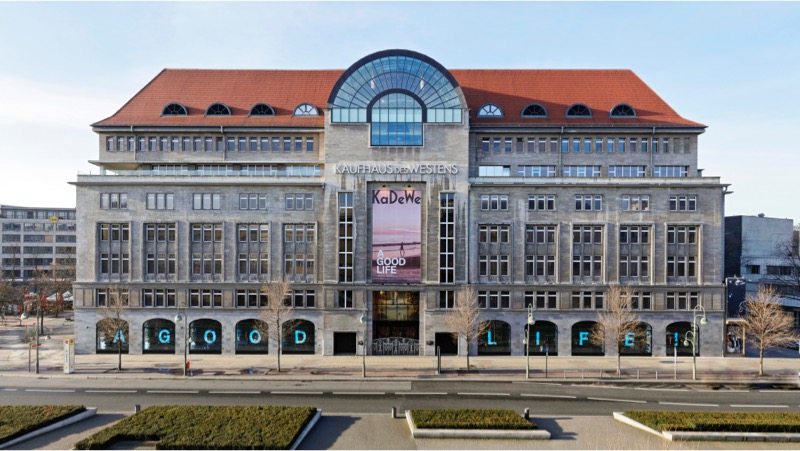 Life and Times of the famous KaDeWe

The KaDeWe, an acronym for Kaufhaus des Westens, is a must for all who love shopping. The name is rather trivial: Department store of the West.

As you approach the main entrance on Tauentzienstrasse, just off Wittenbergplatz, you cannot help noticing the opulent gate. You don’t see it? Well, during the opening hours it is lowered into the ground! It is original, as old as the store. More than one hundred years old, it seems timeless. Especially the dancer with a snake wound around a female body but with a distinctly masculine face. The merchant with an exotic appearance, carrying a bunch of fruit and fish symbolizes goods from all around the world. It was the time when the industrial power of the German Empire had reached its peak and there was the promise that everything would be available to everyone. 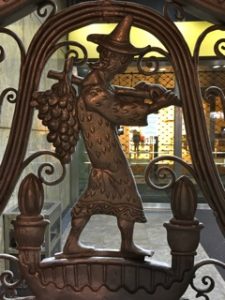 The KaDeWe opened on 27 March 1907. It was the brainchild of Adolf Jandorf, a German businessman who had been to New York City and had seen and studied closely the likes of Macy‘s and Bloomingdale‘s. At the time there were already a number of large department stores in Berlin, but the KaDeWe had a design unique to Berlin. Today, it is the only one of these grand stores to survive the times. It is now the biggest department store on the continent.

Initially the KaDeWe was geared to provide for the needs of the petty bourgeoisie. But in August 1907 King Chulalongkorn, ,Rama from Siam‘ spent two days at the KaDeWe, dined in the prince’s suite, all in all spent some 250,000 Marks and on his departure awarded the Siamese Elephant Medal to Jandorf. This event ennobled the KaDeWe, making it popular among the upper reaches of society.In those days, the rooftop was similar to an ocean liner with deckchairs and cocktailbars. Ten years after opening Jandorf sold the store to Hermann Tietz, yet another of Berlin’s retail tycoons. 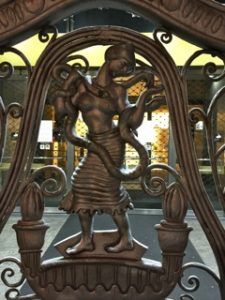 During the war, on 23 November 1943 more than bombs fell onto the KaDeWe: an entire US bomber fell through the roof and the building was nearly gutted. The glamorous post-war reopening was celebrated on 3 July 1950. 180,000 visitors came to marvel at the wares displayed on 60,000 sqm, roughly the size of ten regular NFL football fields! But their focus was not so much on luxury items; most came to buy what was then in the highest demand: sausages!

Berlin is well known for its many restaurants offering a most varied display of the culinary arts. Not a few of the ingredients necessary to maintain this offer are procured at the KaDeWe. Desperately in need of crocodile meat? Check out the KaDeWe! Of course the store has its own restaurant, situated on the top floor. With some 1000 seats it is the largest in town.
The patrons enjoy the simple pleasures of life: Every year 60,000 bottles and 223,000 glasses of champagne are sold. Champagne goes well with oysters of course: Try out the legendary oyster bar. If you are more into wine, there are 3,400 different wines to choose from. Everything the world’s most prestigious vineyards offer. 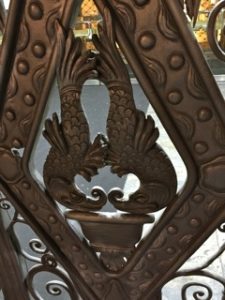 Rem Kolhaas, the famous Dutch architect, has just finished the first phase of an epoch- making alteration of the KaDeWe. The ten windows of the front façade, in round arches, bring to mind the original 1907 design. The main entrance, designed with a special chatoyant mirror glass, changing from gold to silver, accentuates the new modern elegance and juxtaposes the historical reduction with a zeitgeist statement. The interior will be redesigned by Kolhaas also, in collaboration with the Parisian designer India Mahdevi and Storage Milano. The sales floors will be divided into four quadrants for different fashion sectors each with their own separate access.
KaDeWe’s motto is that shopping should be an experience appealing to all the senses. Hence there will be space on the first floor to linger and experience the select collections. A new glass construction will encircle the entire top floor and replace the current roof. Restaurants, bars and the roof top will get a separate entrance.

My personal relationship with the KaDeWe dates back to my childhood. It was always exiting to accompany our mother, an elegant lady wearing hats, gloves and tailor-made dresses, to buy a new gown for the upcoming ball. She had the golden member’s card and her enduring love of shopping, I presume, was compensation for her everyday work as a hospital psychiatrist. The KaDeWe became a kind of extended home base. It became quite familiar, especially when we took part in sewing lessons and learned to make our own clothes.

My last encounter with the KaDeWe in my capacity as a guide was with Brazilian guests whom I had entertained for nine days. On the last day, before driving to the airport, we planned a little stop over at the KaDeWe. Three hours later and with several thousand euro’s worth of newly acquired merchandise we were finally on our way. What with all the globalization and similar goods on offer around the world, the KaDeWe simply remains a unique experience. 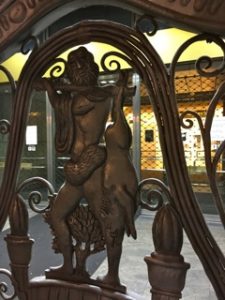