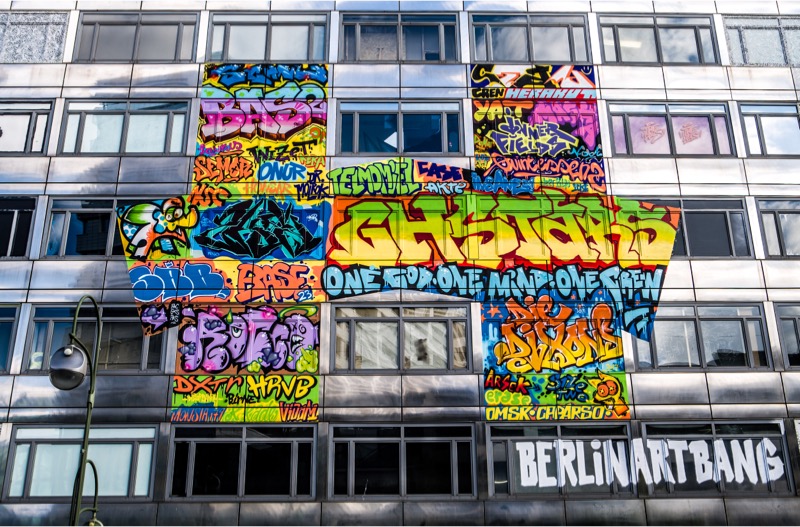 Early morning in Berlin. Hundreds of people waiting in a queue for more than four hours to be admitted into a deserted house. What is going on here?

Dope, brilliant, fresh and bizarre art concepts from various artists in an abandoned bank building just around the corner of one of Berlin’s most famous streets: the Kudamm. That’s the idea behind THE HAUS, the Berlin Art Bang, that is blowing our minds between April the 1st until Mai 31st 2017. In August the building is going to be demolished and THE HAUS, including every single artwork will disappear in mortality. The uniqueness of THE HAUS isn’t in the simple fact of it’s existing, but the limitation. It is created to be destroyed. 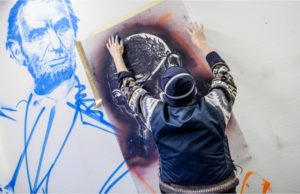 165 local and international artists of different style directions from 16 nations gathered to create a parallel universe in the center of Berlin’s commercial heart. Every artist or crew got one room that experienced a metamorphosis: sculptures, orchestrated video installations, virtual realities, projections, photographies or illustrations were created to bring the streets into the 108 rooms of the abondoned bank. 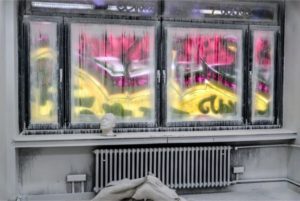 The building in which THE HAUS will be created has been provided by the Cologne-based project developers Pandion. “When the artists approached us with the idea of THE HAUS, we were immediately enthusiastic about the concept and are very excited for the realization on site”, said Mathias Groß, branch manager of Pandion Berlin. Following the demolition of the building, the Cologne-based company is going to develop ‚PANDION THE WEST‘ with 75 condos and two retail units.

THE HAUS is a project initiated by DIE DIXONS, a Berlin based street art crew, who really know how to draw attention to messages. The gang is going to gather a collective of freethinkers, to spread one statement: It doesn’t matter who you are, what your name is or what you do, make time to create things on your own and use time to really experience created things before it’s too late. 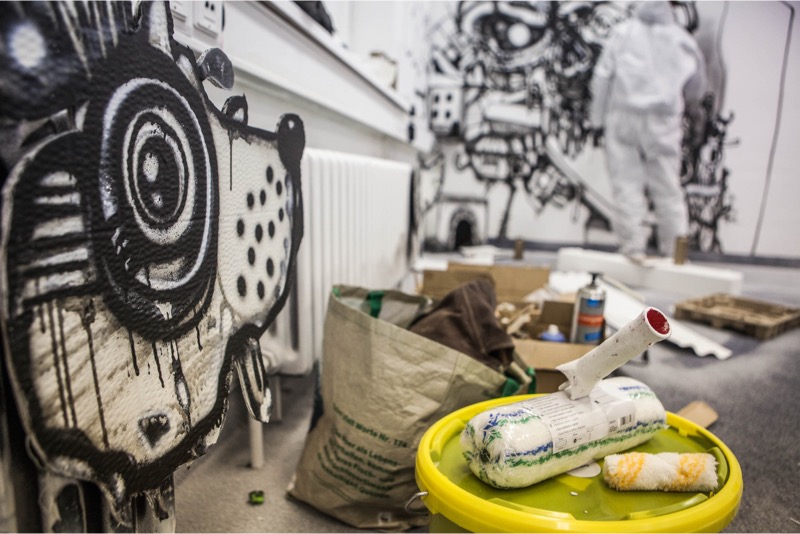 After a lot of word of mouth propaganda every day more and more people got thrilled to visit the Art Bang. Some for the art, some just because of curiousity. But both need a lot of time. People waited for more than four hours to be let into the building. The reason is a security restriction. Only 199 people are allowed to be at the same time in the building. Cameras are not allowed and every visitor get a bag for his or her phone at the entrance: “Look through your eyes and not through the screen of your phone“ is the slogan here. 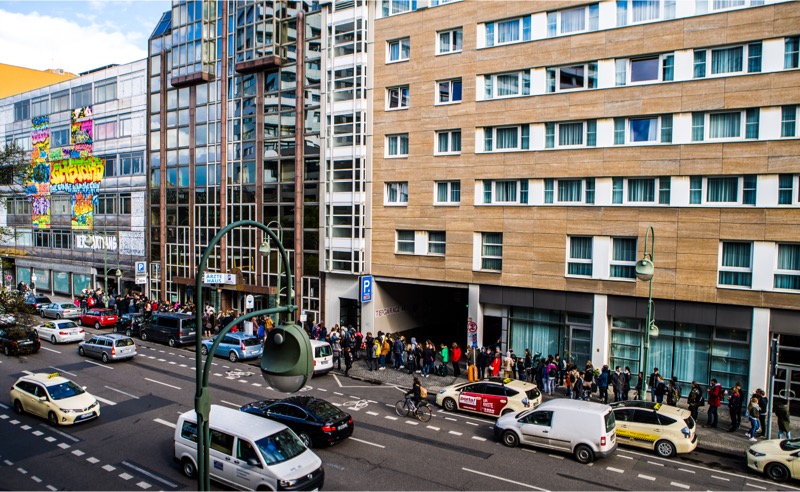 The only memory of the Berlin Art Bang lasting the demolition of THE HAUS will be THE BOOK. A final resume in 256 pages about every single room and each artists work. A little comfort especially for those who never made it into the building or just never had the time to wait so long. 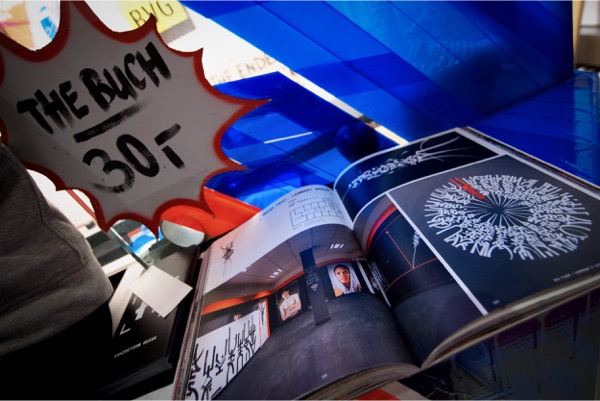 The first visitors by the way had not to deal with the long queue. The inhabitants of the adjacent old peoples home „Ruhesitz am Zoo“ were invited for an exclusive tour with coffee and cake and they liked it. Now they are real experts on street art and offered the counter invitation for the artists following the demolition of THE HAUS.
After the unexpected dimension of caused stir around their project the artists maybe need a little bit of retirement… 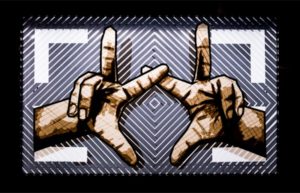