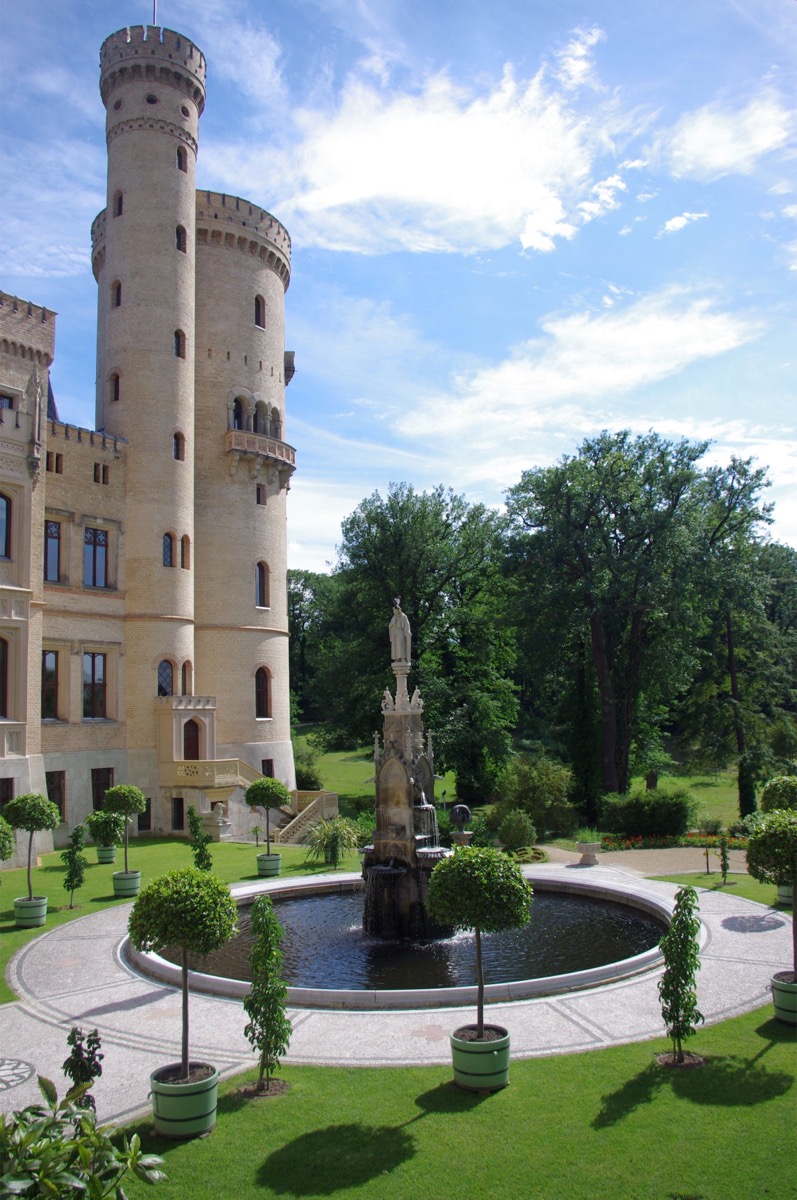 BABELSBERG PALACE – OOOPS, YOU MISSED IT !

Have you ever been on a private tour to POTSDAM ?!

This lovely area of grand palaces, vast parks and gardens, right outside the South West of Berlin?! Jokingly called “ Royal Disneyland “, because throughout centuries, the Royalties of the Prussian Empire following up on all kinds of personal fantasies, idiosyncrasies and preferences, leading to an astounding mixture of copies and playful inspirations of Greek, Roman, Northern Italian, Egyptian, Asian and Russian architecture and landscape design.

Your tour to POTSDAM was delightful and enriching?! Most likely!!!
None the less, there is a good chance you missed out on, or just brushed by, or briefly glanced at, something equally wonderful, a, not even too small, “ Jewel “ on the way. 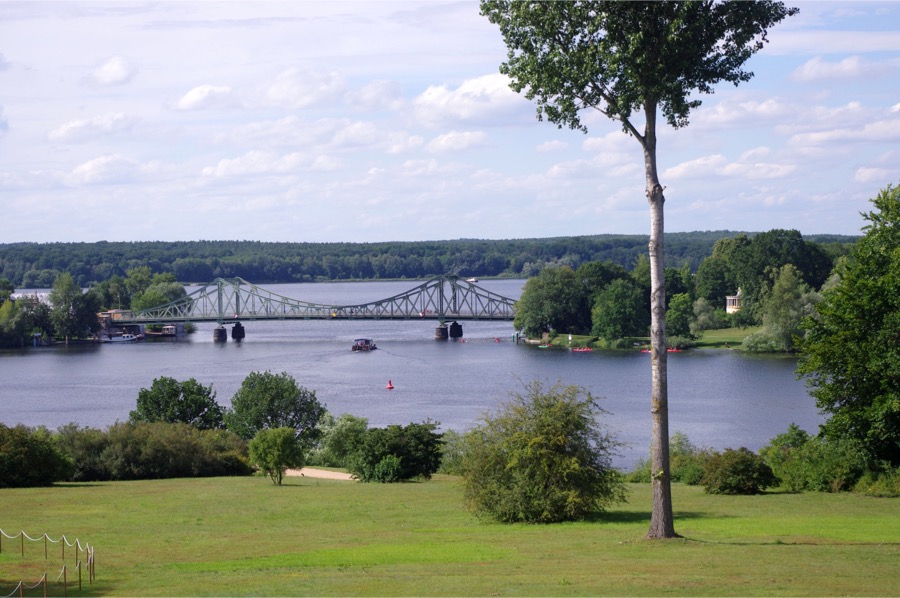 Upon crossing GLIENICKER BRIDGE, yes, the one featured in Steven Spielberg´s movie “ Bridge of Spies “ ( with Tom Hanks ), you learned about this bridge being THE spot of physical contact between the two superpowers USA and USSR for the exchange of captured spies and other personnel during the so called “Cold War”.

At the same time, you couldn´t, quite understandably, pay much attention to the romantic, medieval-style BABELSBERG PALACE and PARK ( “ UNESCO -World Heritage Site “ ), across the water on your left. Let me tell you, this place alone is well worth a 2nd visit of yours in this area! 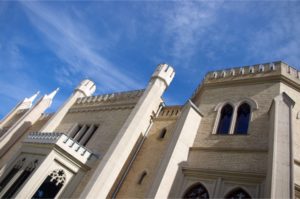 The BABELSBERG PALACE itself, was ordered to be built in 1833 by Kaiser Wilhelm I. (1797 -1888 ) as a summer residence for himself and his wife Princess Augusta.
By 1845, the three architects Schinkel, Persius and Strach in succession, had completed the job.
The view from the “ neogothic “ / Tudor style building and its terraces over the hilly landscape of lakes, rivers and forests was and is spectacular.
Goethe once called it “ the most beautiful view in the world “. I guess he was in a little too good of moods, since certainly, there are more than one and he knew that. 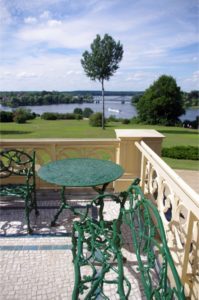 But I do share the enthusiasm for the incredibly charming BABELSBERG PARK, stretching quite some ways along the Havel River waters below the palace.
It was created by the two garden architects Peter Joseph Lenné and Fürst von Pückler-Muskau. The latter doing the final version, which in recent years was meticulously restored to its exact original form and reopened in 2016. 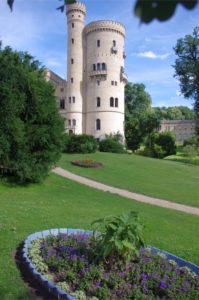 Fürst von Pückler-Muskau knew how to play with and marvellously arrange the elevated hilly garden landscape around little jewels of smaller buildings and the so called “ Flatow Tower “, with romantic walkways, stairs, ornamented flowerbeds, rose gardens, topiary, exotic trees (some tall ), mosaic and tile paved terraces, fountains, waterfalls, artificial creeks and lakes with geysers, meadows and the so called “ Pleasure Ground “ ( …up to every ones imagination… ), all of it providing a privileged view over wide waters, lush green forests, rooftops of the city of POTSDAM, GLIENICKER BRIDGE and the broad horizon wrapping it all up. 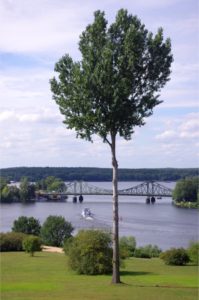 One can easily imagine, how Pückler-Muskau´s work was inspired, if not fuelled and bewitched by the presence of the flirtatious Princess Augusta. The two having, as it is said, a little more than what you would call, a “ friendly relationship “. 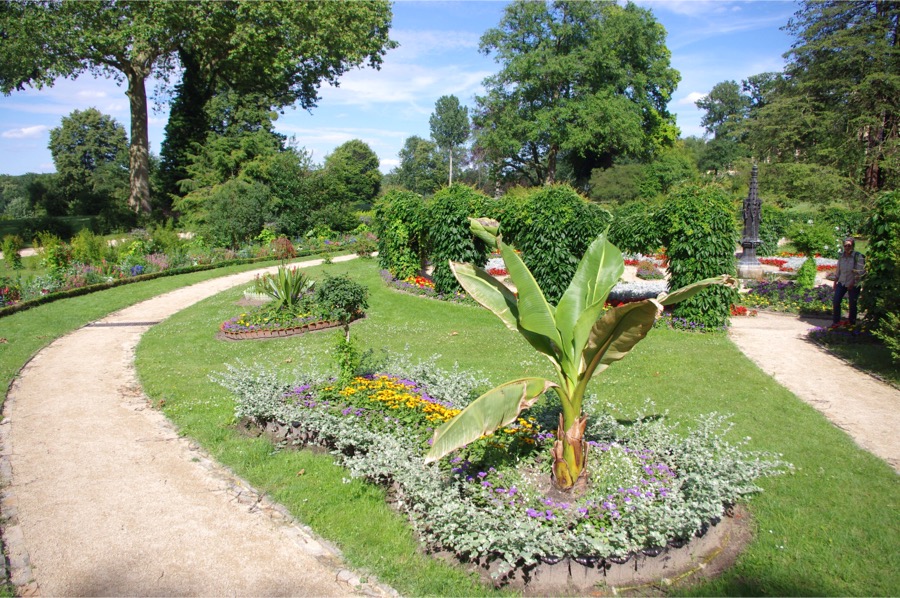 No matter what season of the year, following the footsteps of “ Royal Pleasure “, more than one and a half centuries ago on the grounds of Babelsberg Park, especially when you´re lucky to be present for spectacular light conditions, like the sun setting or rising …. ALL you have left to wish for is, holding hands with the “ Love of your Life “ on your right and a bottle of champagne on your left ! ☺️ 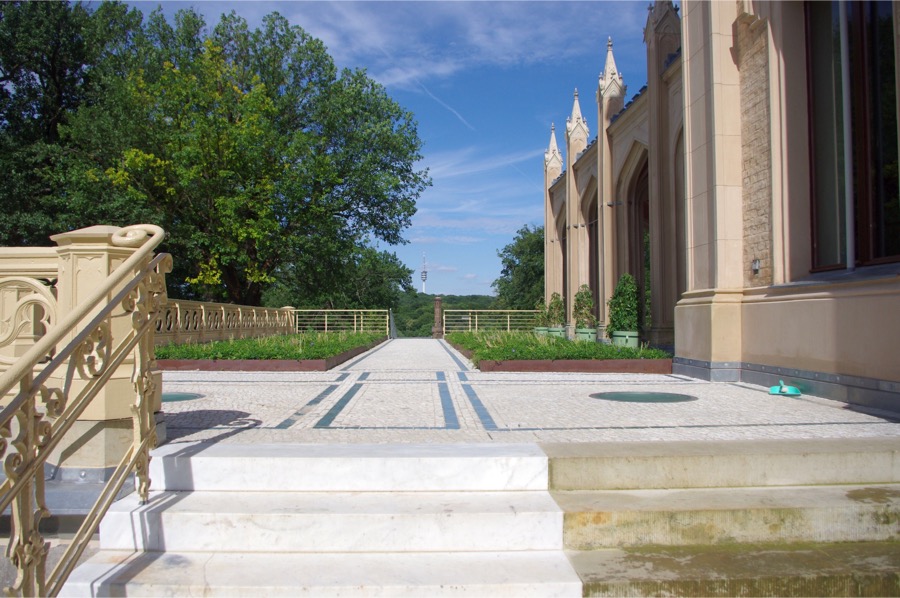 Without any of that and accepting the possibility of sounding somewhat melodramatic, I truly have to say, of the numerous times I was strolling Babelsberg Park over the years, it always gave me a feeling of nourishment for body, heart and soul and best of it, put me in a good mood for several days, following. 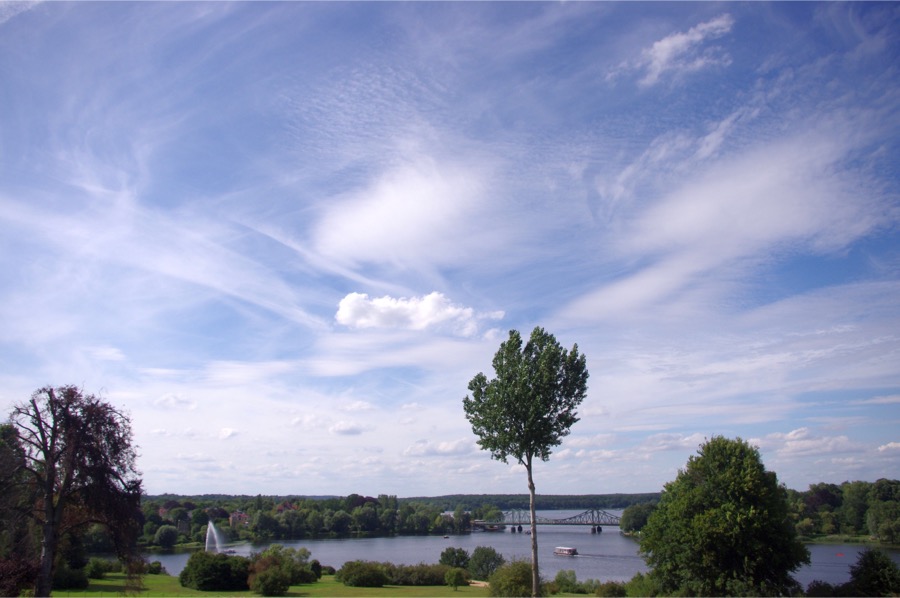 I see a good chance of exactly the same happening to you !