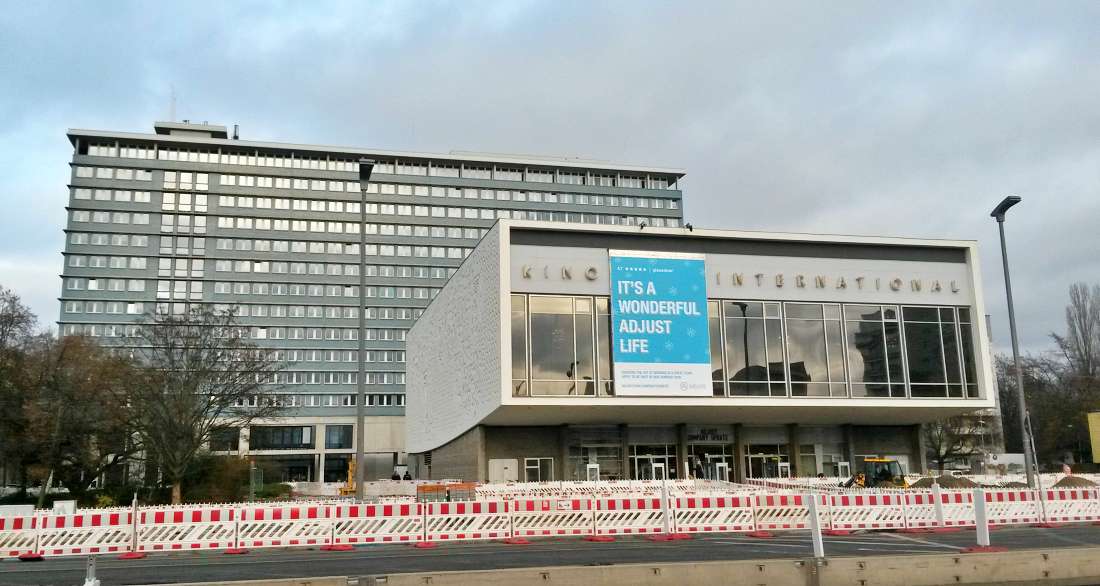 Berlin, as an emerging and dynamic industrial city, was a popular location for the new architectural trends of the 20th century. In particular, the Bauhaus School of Weimar/Dessau brought forth new ideas. In Berlin these were realized by renowned architects who designed industrial buildings and housing estates, some of which are now UNESCO World Heritage Sites.

After the disruption by the fascist dictatorship and World War II, this style re-emerged as „post-war modernism“ in the 50s and 60s. Interesting examples of this trend-setting architecture were erected in both parts of the city.

In the early 1950s, Soviet monumental architecture was all the rage in the eastern part of the city, manifested in the first construction phase of Stalinallee (Stalin Avenue). The West responded with the International Building Exhibition „Interbau Berlin 1957“. The area referred to as „Hansaviertel“ was re-erected, creating a new urban style. The loosely structured and purely residential area contains buildings designed by renowned architects such as Oskar Niemeyer, Max Taut, Walter Gropius and Alvar Aalto. The building types vary from point skyscrapers and high-rise blocks to terraced houses. The „Unité d`habitation“ by Le Corbusier, too large for this area, was built in the district of Charlottenburg close to the Olympic Stadium.

With the second construction phase of Stalinallee, the GDR tried to emulate the western „International Style“, characterized, for example, by opulent glass fronts and spacious foyers. Surviving examples of this style include the cinema „International“ and the former Russian restaurant „Café Moscow“. 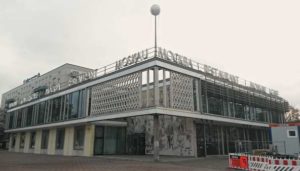 Other outstanding examples of Berlin’s post-war modernism are the House of Cultures of the World by Hugh Stubbins, the ensemble at Ernst-Reuter-Platz with its car-friendly design, and the building of the former State Council of the GDR, now a university campus. This building is a bit of an oddity: The integration of the south portal IV of the former main palace of the Hohenzollern dynasty (a Baroque building) creates an intriguing contrast. 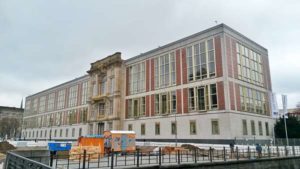 If you like to learn more about the development of East and West Berlin after the Second World War and see many intriguing examples join me on a private architecture tour of Berlin.